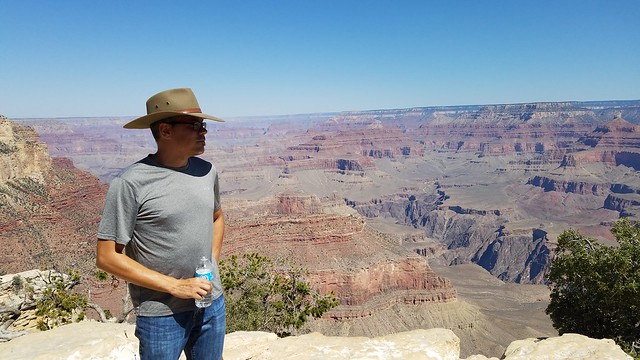 Sean and I decided to go horseback riding the second morning of our stay at the Grand Canyon with the Apache Stables just outside the park toward the town of Tusayan. The trails we rode on were in the Kaibab National Forest, which is 1.6 million acres surrounding the Grand Canyon managed for preservation by the US Forest Service. We got to see lots of big Ponderosa pines and I am pretty sure I spotted a Hooded Oriole, but no elk or other mammals were out due to the heat.

At this point my broken ankle was getting a lot better, so after the horse ride Sean and I decided to hike the mile down to the town of Tusayan and catch the bus back to the park rather than have Nancy come pick us up. We had no idea we’d need proof that we were returning to our campsite in order to get back in, but after a short discussion with the bus driver, he decided to let us ride. 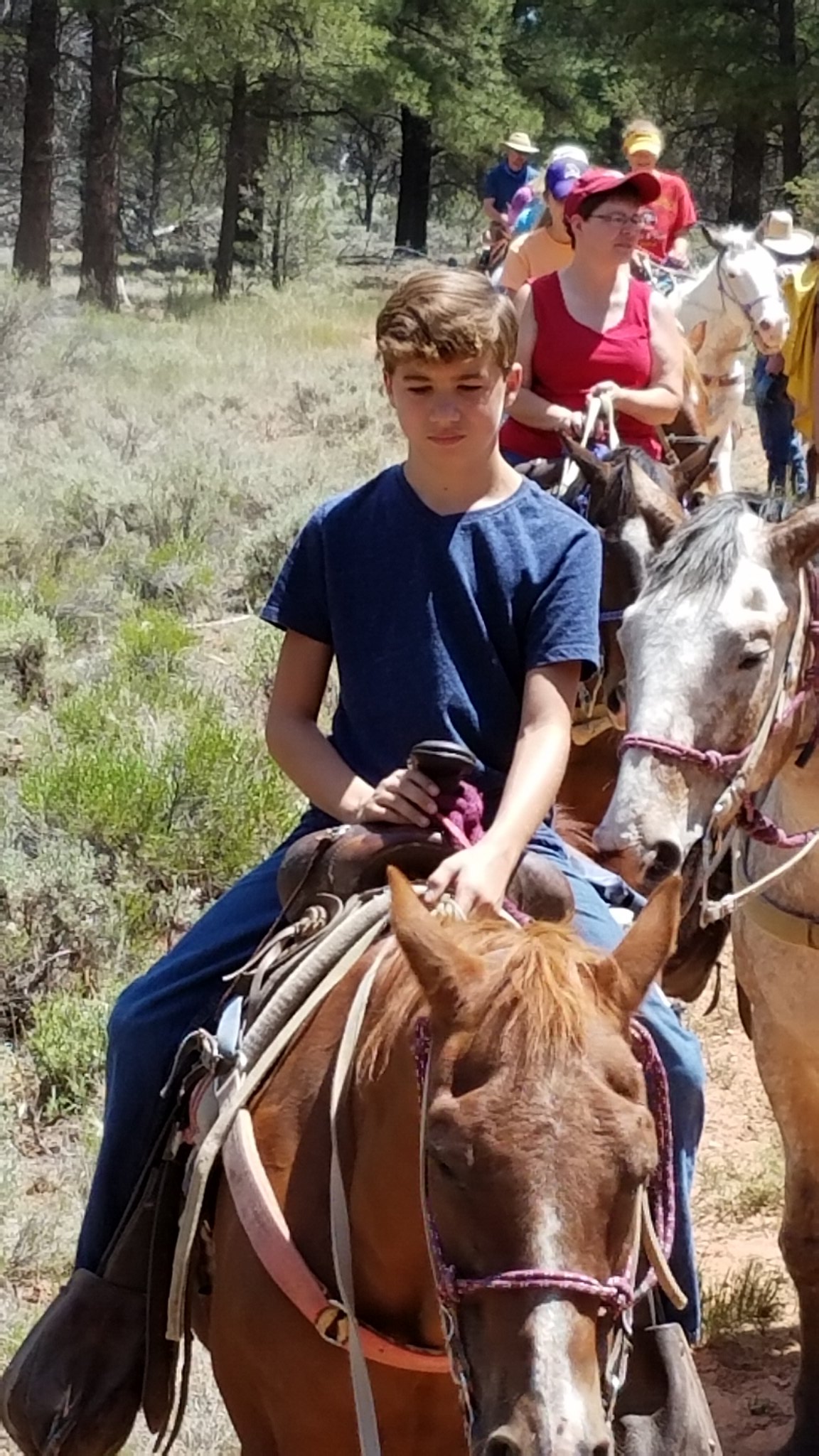 We all kept to the campsite later in the day, playing some of our favorite games like Qwirkle and Dutch Blitz. I had also brought our collector’s edition of Tokaido, which arrived just before we left, so I read through the new rules. Ian spent most of his time preparing a new Pathfinder campaign for Sean and I to play. 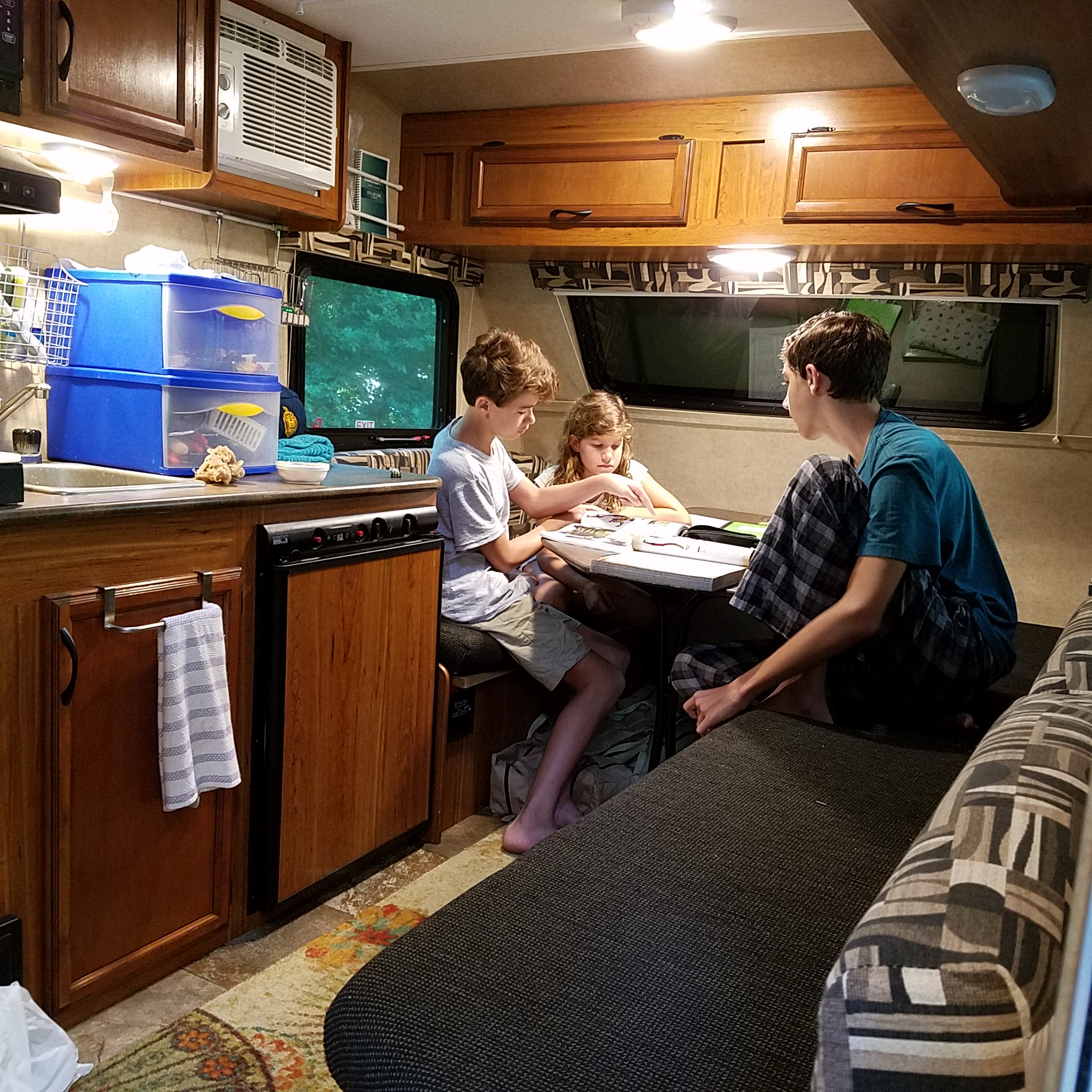 Turns out the antibiotics Erin had been prescribed were not needed as the test results came back clear of infection. They were almost impossible for her to get down and really were just making her more sick, so we all rejoiced to find that we could dump them down the drain. It would be a few more days before she was completely healthy again. 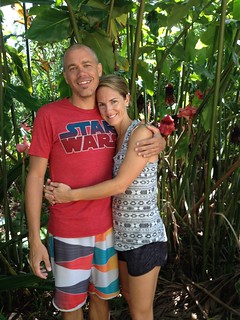 Nancy is a personal trainer and group exercise instructor that focuses on strength and mobility. She has a background in design and enjoys anything creative and being outdoors. Jay is a computer programmer and math fan. He loves Lego and playing table top games.

Today was so much fun. Jay and I got back out on t

This little teapot sits on my desk next to my lapt

I finished my #blurreshawl just in time to enjoy i

She’s 13 today and enjoying a snow day home from